Neech Bhang Raj Yoga is a very powerful Raj Yoga in astrology. It gives name, fame, power and prosperity to a native. The hardships or unpleasant experiences faced by native due to the debilitation of a planet in his/her horoscope lead to a native having his/her work oriented in a better direction. 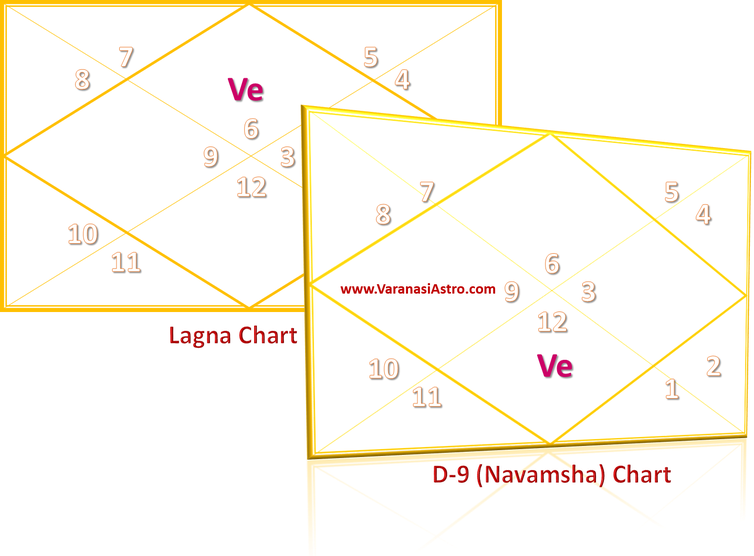 Here again, a kind of Neech Bhang Raj Yoga is being formed since Venus is debilitated in the main birth chart but it is exalted in the D-9 (Navamsha) Chart.
​These are the major conditions in which Neech Bhang Raj Yog occurs. Along with this we should also observe the lordships of the planet, the houses which it is ruling because the planet will give the results of that house through the house in which it is sitting. Nakshatras also play a vital role in this. Degrees of the planets are the most major aspects which are involved.
Neech Bhang Raj Yoga is indeed one of the most powerful combinations in the horoscope but there are several conditions attached to it and many aspects attached to it for analysis of its strength so, before arriving at any final decision regarding neech bhang raj yoga, you should always consult a qualified Astrologer. You may get your horoscope analysed by Astrologer Sunil Tripathi.
Contact Us

Do you have Neech Bhang Raj Yoga in your Kundli?​