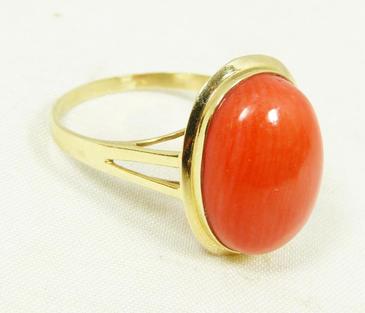 Red Coral is called Angarkamani in Sanskrit and Moonga in Hindi. It is round, smooth, shiny, and weighs more than average. Coral of color similar to Sindoor is considered to be the best. Its master planet is Mars. Hence, ​Wearing Moonga gives the blessings of the planet mars to the wearer.
​Identification method-

How to wear Red Coral ring by Astrologer Sunil Kumar?

Red Coral may be embedded in Gold or Silver ring. It should be worn on Tuesday morning (Shukla Paksha) after dipping the ring in Gangajal or milk and energizing the Gem with the Mantra of Mars. It should be worn in the muhurt told by Astrologer Sunil.

How to Energize a Red Coral by Mantra ?

Who can wear Red Coral Gemstone ?

Generally people with Aries, Cancer, Leo, Scorpio and Pisces​ ascendant can wear Red Coral and in some special cases after the suggestion of a qualified astrologer, one can wear Red Coral.
Note: A native must consult a good astrologer before wearing any gemstone for, his/her personalized astrology report.
For your personalized Horoscope on Phone, contact Astrologer Sunil.
Proudly powered by Weebly