Effect of Venus in Horoscope (Shukra in Kundli) 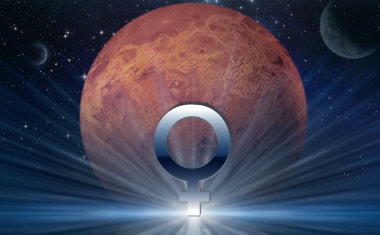 The planet Venus, one of the ancient Greek gods symbolizing beauty and love, is considered to be highly beneficial in the astrological world. It rules Taurus and Libra among the Zodiac sign and people born under these Sun signs tend to possess the characteristics they govern. Under the influence of Venus, the native will possess the qualities of love and appreciation of beauty. He/she will avoid ugliness and value art, luxury and physical comforts. The native will possess strengths such as determination, persistence, modesty, tolerance and a balanced common sense. Such a native will avoid emotional hysteria or depression. The native is likely to possess all these qualities if he/she has a positive influence of Venus in his/her chart.
It is believed that the native’s attitude and position relating to money and possessions are also connected to this planet. But how much of these characteristics the native can assimilate depends on the placement of Venus in the chart?
Coming back to our example of the person born on 3 March 1962, we would like to remind the reader once again how Saturn, sitting in the rising sing (ascendant), also governs the second house in the native’s chart, as it is its ruler (Aquarius) too. Likewise, though it may be sitting in any house in a chart, Venus bestows benefits on a native according to the rising sing in a house and its ownership of the house in a chart, for example, if it is rising in Virgo at the ascendant, it will rule the ninth as well as the second house. Although its rising sign is weak, as Venus in Virgo is considered in its low ebbs, it is likely to bestow benefits from good luck and the native will earn good money from his profession. Venus is also associated with charm, aesthetic sense, pleasure, affection, love. Let us now identify the characteristics bestow on the native on account of the rising and transiting of Venus in different Zodiac sign and in different house respectively.

Fill the form below to get your Personalized Horoscope Reading